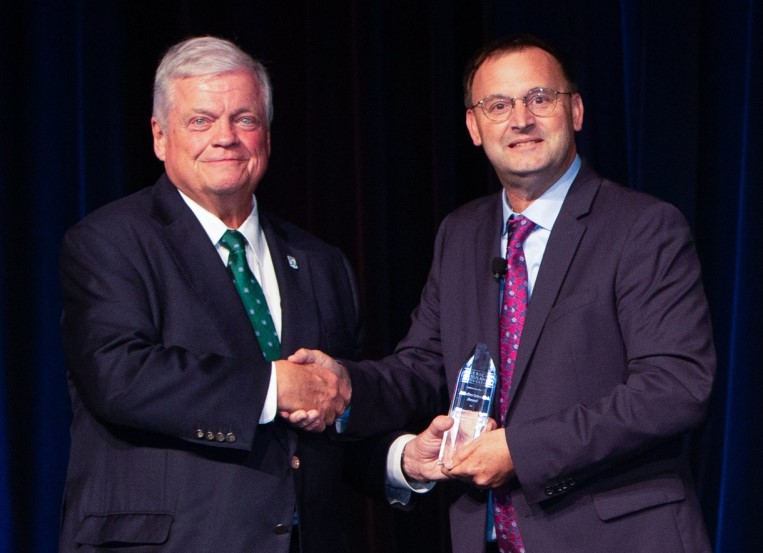 At the American Ambulance Association’s annual conference and awards ceremony, Acadian Ambulance Chairman and CEO Richard Zuschlag was presented with the J. Walter Schaefer Award. The Schaefer Award is given annually to an individual whose work in EMS has contributed positively to the advancement of the industry as a whole.

“I am humbled and honored,” Zuschlag said. “I accept this award on behalf of our current and former medics. It is their work, and the work of their predecessors, that has earned Acadian the reputation of one of the finest EMS agencies in the nation.”

Maria Bianchi, American Ambulance Association CEO, said Zuschlag’s selection for the award was unanimous among the group’s board of directors.

“The depth and breadth of Richard’s body of work dedicated to EMS is immeasurable. From founding a small ambulance service in 1971, he has built a premiere service that offers the very best in mobile healthcare,” she said. “Richard’s leadership within the industry, and his willingness to impart his knowledge and help other services throughout our nation has advanced the profession of EMS throughout the country, the result of which will last a lifetime.”